Here Are The 5 Biggest Lessons I Learned From The Hill 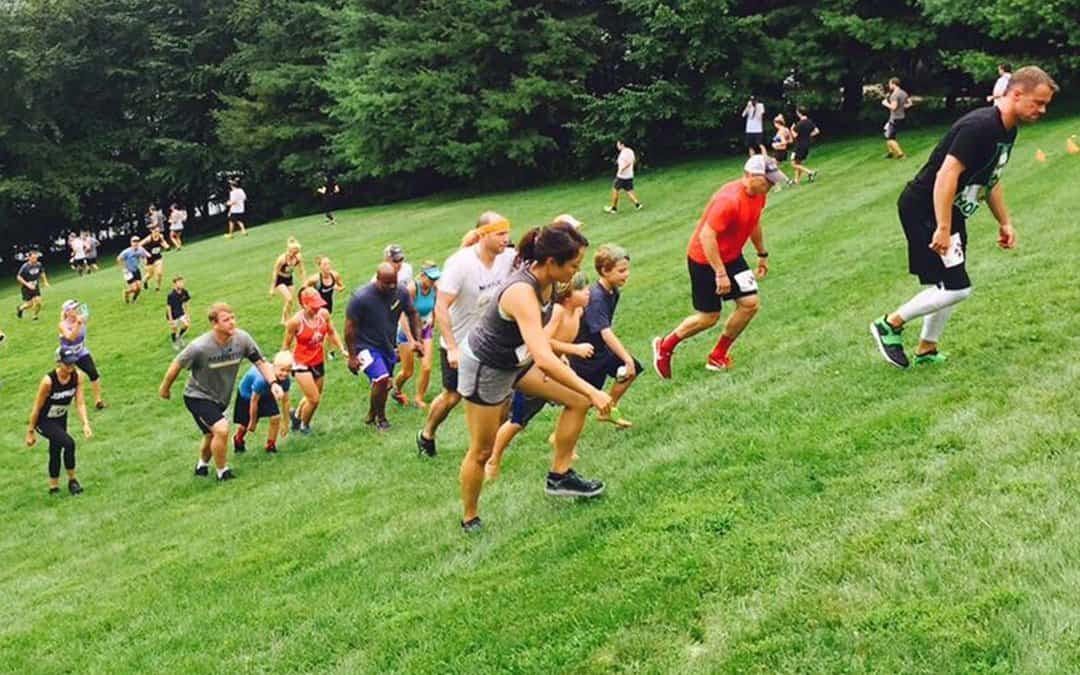 Jesse Itzler has a laundry list of incredible traits… but one of his most impressive is his ability to push himself past his perceived physical and mental limits. Many people are willing to do the first 95%, but Jesse is committed to doing the last 5%… the hard stuff very few are willing to do. To make this mindset contagious… Jesse created his Hell on the Hill event 5 years ago. The terrain consists of an 80-yard hill that has a 40% slope. That thing is steep.

The goal of Hell on the Hill is simple – run 100 reps up and down the hill. Notice I said simple – not easy. Nothing about that hill is easy.

It took me just over 4 hours…

It’s over 8 miles in distance…

And so did 69 other participants.

(SIDE NOTE: Jesse and his incredible wife Sara Blakely, the founder of Spanx, donated $1,000 in the name of each competitor to the charity of their choice. Yes, you read that correctly, they committed to donating $70,000 in total that day.)

Here are the 5 biggest lessons I learned from the Hill:

Lesson #1: Your mind will give out well before your body does. In full transparency, when I got to number 70… I had serious doubt as to whether or not I could finish. Reps 70-95 where incredibly challenging. Thankfully, I didn’t let negative self-talk win… and I kept chipping away, rep by rep. Even though my mind was ready to give up… my body still had more to give!

Lesson #2: Run your race. Don’t play the comparison game. While I am certainly not an endurance athlete, I am in good shape. And I finished 67th out of the 70 runners! The guy who won finished all 100 reps before I reached number 50! Talk about some humble pie. I had to constantly remind myself… it wasn’t me vs anyone else… it was me vs the hill.

Lesson #3: The human spirit can move mountains. I brought my children to this event because I wanted to them to be surrounded by positive, uplifting, courageous people. I wanted them to watch me challenge my mind and body. I wanted them to learn how important it is to serve others. There were several tremendous runners that day, but two in particular stuck out. One, was a gentleman that lost his leg protecting our country. He ran on an aluminum prosthetic. The second was a woman that had just been diagnosed with Stage 4 lung cancer. The grit, determination and internal spirit that each of them exhibited moved me to tears. And for the record, both of them beat me by over 30 minutes.

Lesson #4: It ain’t about you, it’s about them. The guy that won finished all 100 reps in an hour and 42 minutes. He was a machine. I have never seen anything like it. And as remarkable as he was… what he did when he finished was even more astounding. Once he was done… he quickly toweled off, put on a dry shirt, ate a snack… and then started handing out water to the rest of us. He cheered, he supported and he served until the last runner finished.

Lesson #5: One rep at a time. Steve Wojciechowski, former Duke All-American and assistant coach and the brilliant head coach at Marquette was one of the runners. He and I were on a very similar pace the entire time. When I hit rep 70… and was feeling very intimidated to finish… I asked him how many reps he had left. He said one. I was really confused. There is no way he only had one rep left. Then he clarified… I have one rep… 30 more times. That mind shift… of being present and only focusing on the next rep is what got me through. What a powerful concept.