How to Fuel Growth, Development, and Improvement 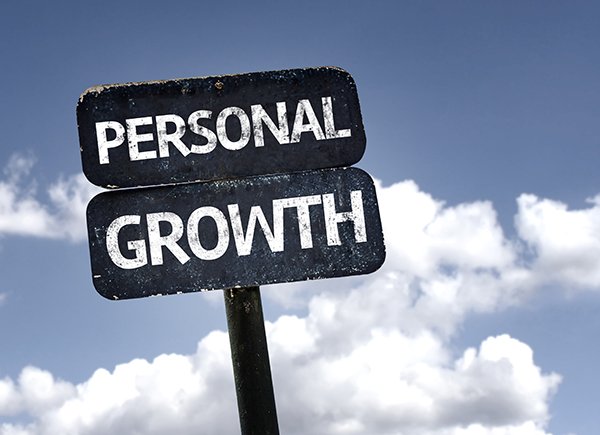 When you really break it down, life is simply a never-ending series of attempts. Everything we do, every minute of every day, is just another attempt. Another rep. Another at bat. Some attempts feel bigger and more important because we build them up in our minds. But in reality, they’re not. Not in the BIG picture.

That interview? It’s just an attempt.

That proposal? It’s just an attempt.

That workout? It’s just an attempt.

That speech? It’s just an attempt.

They are all attempts. Nothing more, nothing less. Thankfully, every attempt is a chance to learn, a chance to grow and chance to develop in some area of our life. That’s because every attempt provides us with feedback. We get to choose how to process this feedback. And the perspective we choose influences our performance.

Engaging the Process (the theme of the last episode) and Growth (the theme of this episode) are flip sides of the same coin: Engaging the process is a strategy to beat burnout when the big picture is the cause of exhaustion. Growth is the reverse: when the day to day is weighing on you, take the opposite tack: pull back and focus on where you’re going. Growth is big picture thinking.

Before a future NBA player is drafted, one of the metrics discussed is his “ceiling.” This is a term for how good the player can be if all things go right—and it’s a hypothetical. It’s the most optimistic view of his potential. A player’s career is a mix of his own commitment to the game, the organization he plays for, the teammates he shares the floor with, the injuries that do or don’t occur, and so on. The top players are constantly pushing this ceiling by working on the aspects they can control. No matter where they are on the statistic leader boards or in the contract process, they commit to growth.

I once heard NBA Hall of Fame coach Doc Rivers say, “The average players want to be left alone. The good players want to be coached. The great players want to be told the truth.” The truth as in what they still need to do. NBA players, especially the great ones, have more than enough people telling them they how amazing they are. And I’m sure that feels great. But what they really need is a teammate, coach, or mentor who reminds them of the distance between them and their ceiling. Or someone who convinces them their ‘ceiling’ isn’t even a real idea in the first place.

The average person tends not to learn from failure because of a self-serving bias: when things go well, it was his doing. When things go poorly, someone else screwed up. If you feel like failure is due to other circumstance beyond your control, you’re never going to learn from it. The self-serving bias is very common. But in high performers “the self-serving bias that interferes with learning often recedes and even disappears.” High performers always take responsibility because they know it is essential for growth. While most people are looking to protect themselves from blame, high performers are seeking it out. A self-serving bias might save you from an uncomfortable conversation or a drop in mood, but when the moment passes, you’ll have gained nothing from the experience. Then the experience really is a failure because you took nothing from it.

When it comes to a daunting task, don’t just try to get THROUGH it: aim to get FROM it. The process isn’t always smooth, it’s rarely easy, and might not feel successful. But it does its work on you. Don’t stop when it gets hard because that’s where things happen. Growth requires discomfort, tension, and sometimes, even pain.

Here are two concepts that help you stay focused on growth:

Comedy writer Emily Winter was in a rut. So she made a resolution at the start of the new year to do something bold: she would try to get 100 rejections of her work. She would pitch and submit her writing to so many print and media outlets, that she’d have a giant pile of nos to show for it. She wasn’t a glutton for punishment. Not exactly. Her thinking was that the experience would strengthen her. “If you’ve never experienced rejection,” she explained, “than you’re not growing.” So she went into the year hoping to create a type of “post-traumatic strength.” where all that rejection would create a second skin that made her stronger.

However, something else happened on the way to 100 rejections. Sure, Winter got a lot of nos, as planned. But she also got yeses, a lot of them, and ended the year with “the best resume that I’ve ever had.” Winter’s unorthodox process gave her an extra type of motivation; since her goal was to accumulate as many rejections as possible, she had to put herself out there—really out there. And it led her to the most prolific and consequential work year of her life. Her story is illuminating because it encapsulates the idea that getting stronger is getting ahead. Both require risk and the ability to face failure. And both are part of the growth process.