How to Make Preparation Your Separation 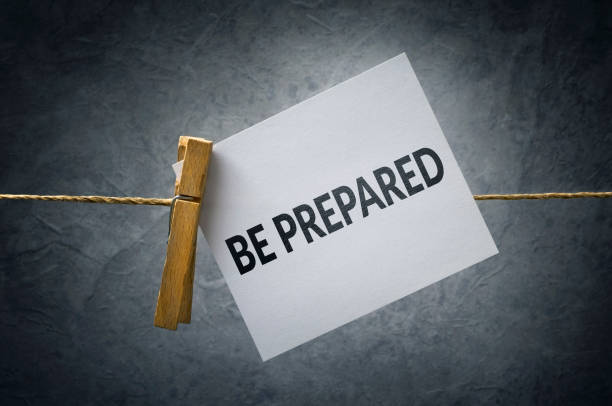 From 2009 to 2016, I traveled the world running my Cutting Edge Clinic series. These were three-hour strength and conditioning workouts for middle and high school basketball players. A typical session had around 60 players working out and 30 coaches observing. I made a point to always arrive an hour before each workout started. Why? Because what I saw in these players before we began was going to tell me just as much as I would learn by observing them during the clinic. Maybe even more.

As soon as I arrived, I would casually and inconspicuously sit towards the top of the bleachers and observe the players entering the gym. Within a few minutes, I could easily put every player in one of two buckets: those who were waiting for the workout to start and those who were preparing for it to start. The waiting group was usually in flip-flops (“slides”) and headphones, sprawled out in the first row of the bleachers, hunched over phones or messing around with friends. The preparing group were already laced up and on the court, doing some type of warm-up (stretching, ball handling, form shooting), and building up a solid sweat. By the time I began, they didn’t need to shift into competitive basketball mode because they were already there.

Do you want to take a guess, by an overwhelming majority, which group ended up performing better? In a competitive arena, the benefit of preparing when others aren’t is so obvious that it’s surprising how many don’t do it. Of course, this makes it that much more valuable.

The best example I witnessed of a player preparing at a clinic happened in Halifax, Canada in 2010. I was there for a long weekend running multiple workouts for hundreds of players. But one player really stuck out. Nate, a 7th grader, was a tall and lanky kid who arrived at the gym an hour before every workout. He would be standing outside waiting for the host to open the doors, dressed and laced up, with a ball under his arm. As soon as the gym door opened, Nate hustled inside and started working on his game. He was polite, enthusiastic, and always ‘locked in.’ When each workout was over, he continued to work on his game; at the end, the host had to kick him out of the gym to close up shop! That young man, Nate Darling, ended up coming to DeMatha while I was the performance coach there, playing Division I basketball (at the University of Delaware), and is now playing for the Ontario Clippers of the NBA G League. Darling started preparing for the NBA a decade before it happened, which is exactly why it happened.

Think about your own locus control. When something happens, good or bad, do you focus on your role in the matter? Or do you focus on the circumstance and outside factors? Well, study after study found that those with an internal locus of control—remember, just the feeling that they affect events—universally perform better in a variety of situations. It helps to have an internal locus of control, even in situations where you are not in control. The feeling alone has a huge effect.

So, you can focus on what your colleague did wrong, what your client can’t see, and what your boss doesn’t understand, none of which you can have much effect on. There’s more than enough you could look at when things go wrong. Those things are there. But what good does it do? Think about the area within your control and work on that.

Again, the issue is not whether or not you actually do have control—everyone will have varying degrees depending on the situation. It’s in the believing that you do. If stress is the feeling of the world imposing itself on you then preparation is how we push back.

I’ve had a chance to work for two different Hall of Fame caliber high school coaches: Stu Vetter at Montrose Christian and Mike Jones at DeMatha… and I learned so many powerful lessons from each of them.

Coach Vetter always tried to “make high-pressure decisions during times of low pressure.” For example, he would decide before the game his exact strategy for dozens of scenarios like what play to call if his team was down 4 with :15 seconds left. He didn’t want to have to draw something new up during the heat of battle when the team’s emotions were high. Coach Vetter would keep these scenarios on laminated index cards and pull them out as needed. If they were down 1, with :4 seconds left, inbounding the ball under our basket, he would pull that card out. Before the players took the floor, he would remind them: “You’ve got this. We’ve run this play 100 times in practice!” A situation that would normally cause distractingly high stress became just another play to run.

Coach Jones would have his starting five practice breaking a full court press (being defended from one end of the court to the other) against 7 defenders, 2 more than are allowed on the court. Other times he would put rules in during a scrimmage like no dribbling, which forced them to be more efficient at moving the ball.

No, he didn’t want to make his players miserable. The opposite, in fact. Jones wanted practices to be so difficult that the game itself was a relief. He also adhered to Bobby Knight’s maxim: Before you can win, you have to know what loses. “I think we’re going to win,” Coach Jones would say, “but if we were to lose, what would be the one or two reasons why? Did we get outrebounded? Did we not contain their guards?” He would get the players to answer those questions so they could plug those holes in advance.

Stress peaks in unfamiliar or overwhelming situations. We can’t always attack it in the moment so the wisest move is prepare before the high stress moment arrives. If you do, it just might not show up at all.

High performers have long embraced the power of visualization—picturing success before it happens in reality. And visualization is incredibly powerful.

In the 1960’s Australian psychologist Alan Richardson ran a three-week study to see if visualization actually improved performance, using the game of basketball. He used subjects with little experience with the game and his findings were stunning. There were three groups: one who practiced free throws every day (for 21 days) but never visualized, a group that practiced free throws on just the first and last day and never visualized, and a group that only practiced on the first and last day but visualized every day in between. Remarkably this third group—who practiced only two total days but visualized the whole time–improved almost as much the group that practiced every day!

Why does this work? Because, when done properly, your brain understands visualization as practice, even if it’s all happening in your head. By pre-visiting the moment in your head, you are familiarizing your mind with the situation and allowing your body to adjust to how it will feel. It’s something of a magic trick.

Bottom line is this – the biggest difference between the high achievers and average achievers is in how they think and how they prepare.

Sustain Your Game teaches you how to bring your A game to every area of your life. With advice from top CEOs, journalists, social scientists, and more, you’ll learn the framework for how to beat stress, stagnation, and burnout. Sustain Your Game will help you be the best in your arena, wherever that may be.

Sustain Your Game if available now at http://www.SustainYourGameBook.com

Please make sure to join the conversations at @AlanSteinJr on all major social platforms, go to AlanSteinJr.com to subscribe to my Game Changer monthly emails.

Additionally, you can order the audiobook of Raise Your Game: High Performance Secrets from the Best of the Best at http://www.Audible.com or wherever audiobooks are sold. You can also order paperback or hard copies, for you or your entire team or organization, at http://www.RaiseYourGameBook.com.

Lastly, if I can ever be of service to you or your organization, please visit AlanSteinJr.com and StrongerTeam.com for a variety of speaking and coaching resources.