One Final Tribute to Kobe 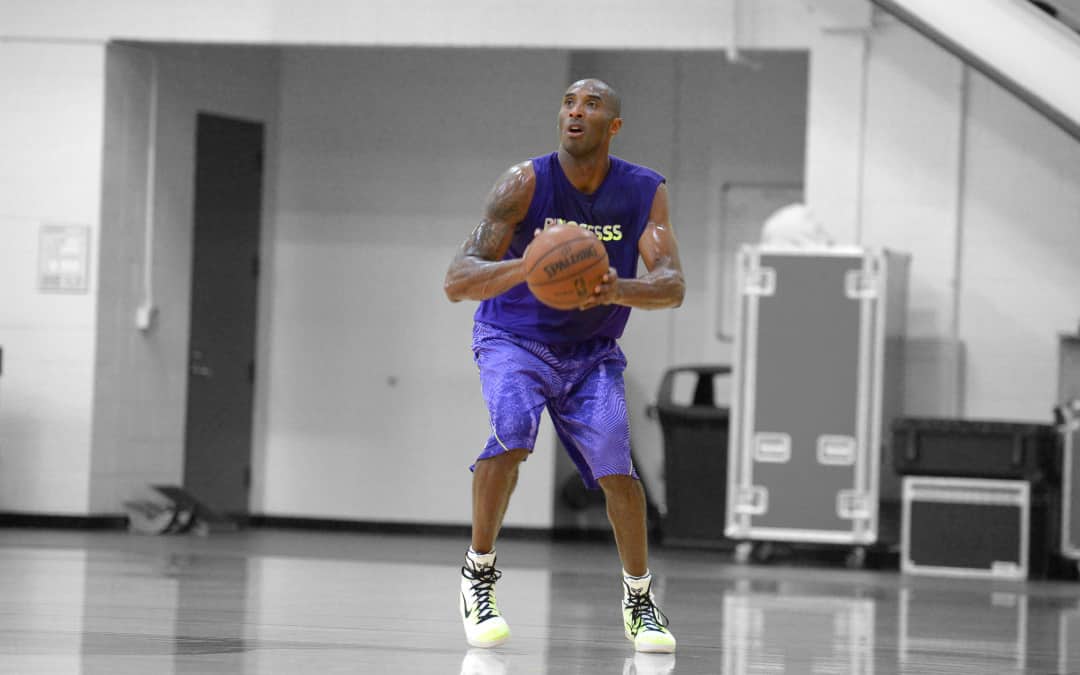 One final tribute to Kobe… this always has been and always will be my favorite story from my book ‘Raise Your Game’. Please enjoy this excerpt.

Discipline is not sexy and it’s not glamorous. It’s an ethic and it’s a belief system. It’s the groundwork on which you build anything worth building. The human brain wants to work as efficiently as possible. In order to tap into that efficiency, we need to create good, consistent habits. Collectively these translate into discipline.

In 2007, Nike flew me to Los Angeles to work at the first ever Kobe Bryant Skills Academy. They brought in the nation’s top high school and college players (Arizona State’s James Harden among them) for an intensive three-day mini-camp so that the players could learn from the best in the world.

Few would argue that at that time, Kobe was the best player in the game. Jordan was the past, LeBron was the future, and Kobe was the guy. There had always been urban legends about what his workouts entailed. Word around our circles was that Kobe used to call them “blackouts” instead of workouts.

Since I was staff and might never again get the chance, I asked Kobe if I could watch him work out. That’s how it is in my business. Everyone can see the game, but to really learn the secrets, you have to watch the practice. It’s the difference between buying Jay‑Z’s album and sitting in the studio watching him write and record one.

“But don’t we have a camp session at three thirty tomorrow afternoon?” I reminded him.

I figured if I was going to be there anyway, I might as well try and impress Kobe. I might as well show him how serious a trainer I was. So I planned to beat him to the gym. When my alarm went off at 3:00 a.m., I quickly jumped up, got dressed, and grabbed a taxi. I got to the gym around 3:30 a.m., so of course, it was pitch black outside. But as soon as I stepped out of the cab, I could see the gym light was already on. And I even heard a ball bouncing and sneakers squeaking. I quietly walked in the side door and Kobe was already in a full sweat. He was going through an intense warm‑up before the real workout started. I grabbed a seat, didn’t say a word to him or his trainer, and just watched.

I watched the best player on the planet do basic footwork.

I watched the best player on the planet do basic offensive moves.

Granted, he did everything with surgical precision and superhero intensity, but the stuff he was doing was so basic. I simply couldn’t believe it.

Later that day I went over to him. “Thanks again,” I said, “I really enjoyed watching your workout this morning.”

Then I hesitated, not to sound rude—or worse—condescending. “You’re the best player in the world, why do such basic stuff?”

He flashed that gleaming smile of his. “Why do you think I’m the best player in the game?” he asked. “Because I never get bored with the basics.”

He knew that if his footwork was not razor sharp, then the rest of the move would never be as good as it could be. And he knew that the only way to do that was through sheer repetition. Kobe had such an understanding of building things step by step, brick by brick; he worshipped at the altar of the basics. If someone at Kobe’s level needs to commit hours to practicing the fundamentals, then so do all of us. Kobe taught me a pivotal lesson that morning. The basics are simple, but not easy. If they were easy, everyone would do them.

Everything a player does starts at his feet—every shot, every pass, and every defensive slide. Footwork is the foundation of their entire game. Proper footwork provides a player with more options both offensively and defensively. It improves movement efficiency, speed, quickness, and agility. Proper footwork makes average players good, good players great, and great players elite. It’s why Kobe spent so much time working on this. Until you have that down, you can’t really execute or else you’re building off a weak foundation. Learn the basics. Know the basics. Master the basics. Ask yourself: What are the basics of your business?

As a consultant, speaker, and author, I recognize that there is some debate about what the basics of my business are. Many believe the most basic component of my business is sales. I have to sell my services to clients; once I’m hired, I have to sell my message, beliefs, and strategies. But I choose to dig deeper than that. What is a basic of sales? Communication. What is a basic of communication? Listening.