The Toughest Player I Ever Coached 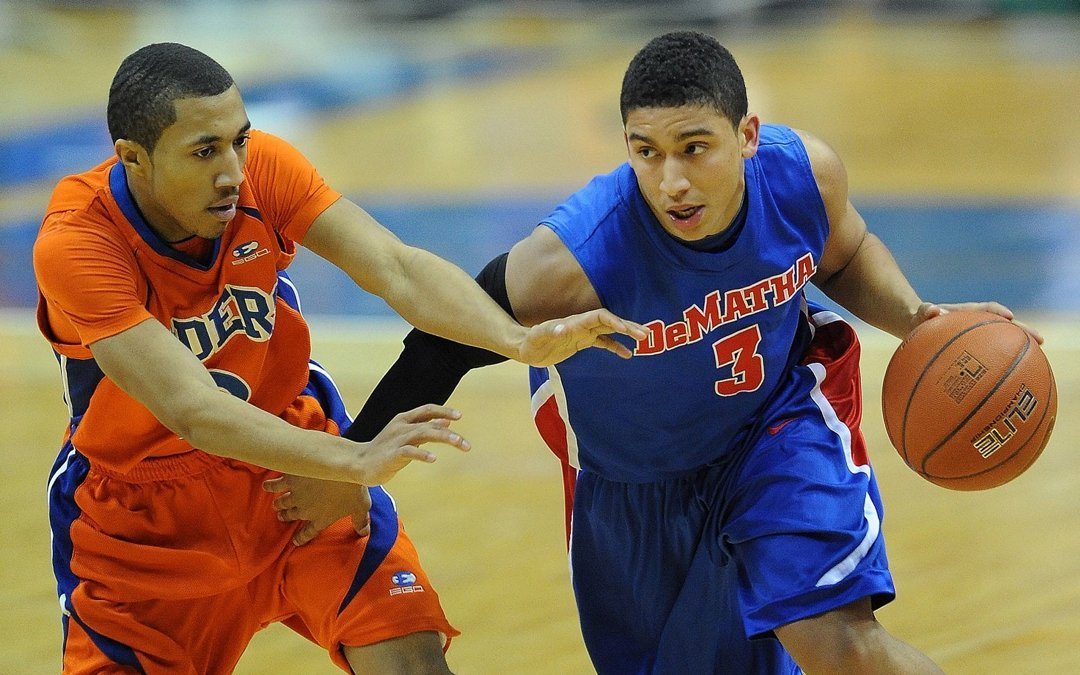 James Robinson is the toughest player I’ve ever coached.

While he was certainly tough physically, it was his mental toughness that was so extraordinary. He blocked out distractions. He ignored opposing fans. He smiled at blatant missed calls by the referee. If you only looked at his body language and facial expressions, you would have no idea if we were up 10 or down 10. You wouldn’t have a clue if he had air balled his last shot or swished it. He was a rock.

He put all of his focus into the next play, his own attitude and effort and in to the process. He epitomized the concept of Playing Present.

James is one of a very select group of players in DeMatha Basketball history that played on the Varsity as a freshman. He won a W.C.A.C. Championship that year. He won it again as a sophomore. He won it a third time as a junior. No player in the history of the league had won 4.

And his senior year, in the conference championship game, James found himself down 1 one point, with the ball at mid-court, and only 3 seconds left on the clock. If we scored, James would have captured the elusive 4-peat and been forever cemented in the history books.

Coach Jones called a time out. He gathered the troops with optimism and poise and drew up a play for James to take the final shout. We executed the play to perfection.

Made an aggressive drive to the basket (2 seconds left)…

The shot was short by a ¼ of an inch.

That type of ownership, in the face of adversity, requires tremendous mental toughness.

Do you know what is even more impressive? What he did the next morning.

At 6am the following day, James went to the gym and made 100 shots from the exact same spot he missed the game winner. He mimicked that precise play, in an empty gym, over and over, until he made it one hundred times. Then he put it behind him and moved on.

That, my friends, is the epitome of true toughness.