Use Stress to Your Advantage 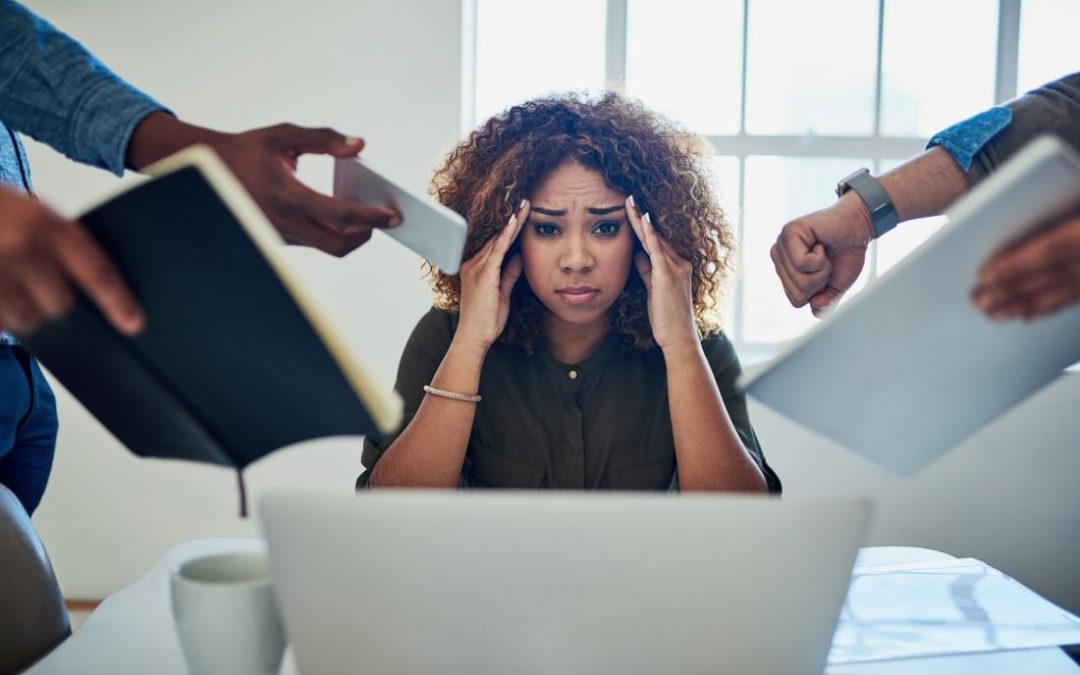 When I was 12 years old, I got my black belt in Tang Soo Do. The test had 3 primary components: forms, which was like a ‘dance’ of choreographed moves that required memorization along with perfect footwork and technique; sparring, which is fighting an opponent; and Jujutsu, which tests the ability to free yourself from a variety of holds from an attacker. These included being grabbed from behind in a bear hug, being put into a bent over headlock, and having a wrist grabbed by two hands.

Even though it happened over 30 years ago I still vividly remember being a scrawny pre-teen and having four, 200 lb. grown men ‘attack’ me as part of my black belt test. So how did I even stand a chance given the vast disparities in size and strength? Those of you with martial arts backgrounds know the answer. I used their size, strength, and momentum against them, strategically utilizing angles and leverage to my advantage. That’s how I could negate the massive discrepancy in physical stature.

The goal in Jiujitsu, Judo, and other grappling-based martial arts is to use an opponent’s strength against him. The size of your opponent, which may feel intimidating, can become your advantage if you understand how to use it. As the great Bruce Lee said: “One should be in harmony with, and not rebellion against, the strength of the opponent.” The other guy’s size and strength can become your tool, if you know what you’re doing. Now, why I am talking about Bruce Lee and a black belt test I took decades ago? Because the same principles can be utilized when dealing with your emotions. For four chapters, we’ve explored ways to alleviate stress, but there are times when the energy is so undeniable that we have to figure out how to work with it. That’s when we need to use the powerful energy of stress in our favor.

Alicia Clark is a psychologist and the author of Hack Your Anxiety: How to Make Anxiety Work for You in Life, Love, and All That You Do. She works to help people turn stress into a springboard to our best selves. Though we’ve been hearing for years about the dangers of stress and anxiety, Clark teaches that these feelings do not have to be obstacles or problems. Stress can be a powerful tool: it is a signal that you care and the fuel to get you through it.

Alicia explained that we need to change the idea that we are victims of our stress. The first step? Deciding who’s running the show. Remember: our emotions are just here to inform us, not to direct us. In reality, stress is neither good nor bad; it’s neutral. How we react to it, judge it, and what if anything we do in response to it, that’s what matters. The difference between a stress that is enhancing and a stress that is debilitating is our reaction to it.

One of my least favorite phrases is “It is what it is.” I’ve heard it more times than I can count, usually said without much thought. In my opinion, it’s not true. How do we even know what “it” is? We don’t. What matters is what you perceive it to be.

Our perception is our reality. Two intelligent people can view the exact same situation, circumstance, or result and have two polarizing experiences and perspectives. Don’t believe me? Go post something you believe on Facebook and just wait. Seeing things differently is what humans do.

Why do some players feel that taking a game winning shot is stressful, while others view it as the opportunity of a lifetime? Why do some people get nervous for a job interview, while others feel excited for a chance to show what their potential? Why are some people petrified of public speaking (77% according to one study[1]), while plenty of people (including yours truly) find it one of our favorite things to do? The answer is perception.

Stress doesn’t have to be an obstacle. In fact, it doesn’t even have to be stress at all. It can be something that drives you. In many environments, stress is an energy that drives you. “Recent research is showing that work strain, when managed correctly, can actually have a positive impact on productivity and performance, Your mind and body communicate back and forth. Sometimes you think yourself into acting a certain way, while other times you act your way into a new way of thinking.

The fight to push down our fear, stress, or anxiety can actually be counterproductive. As epic thinker Adam Grant insightfully points out, trying to calm down during peak stress is like “slamming on the brakes when a car is going 80 miles per hour. The vehicle still has momentum. “It’s easier to convert it into a different emotion—one that’s equally intense, but propels us to step on the gas.”[1] This is why ‘calm down’ is not a helpful way to talk to someone who is excited. You’re better off trying to help them channel their energy productively.

It takes practice to get into this mindset, and that’s why it’s a separating skill. Studies have shown that “the ability to view stress as a challenge instead of a threat”[1] is among the top three most relevant traits for success at work.

The most important things we ever say are not spoken aloud. They are what we tell ourselves. And our language affects our feelings and reactions. We decide how we label our experiences and the more neutral or positive we label it, the better we’ll feel.” Language plays a huge role in whether or not a feeling helps or hurts us. We may call it nervous energy but that’s just our labeling. It’s not ‘nervous’ energy; it’s just energy! It is neutral, malleable into whatever we want it to be. We can choose to call it anticipation, butterflies, or panic. It’s up to us. When we’re leaning in to kiss a new mate or waiting for the tip-off of a big game, that energy is considered positive. What’s the difference? As far as the body is concerned, not much. The key difference: what we call it.

According to recent research, those who are able to reframe the threat in their mind as a challenge “had 23% fewer stress-related symptoms like headaches, backaches, and fatigue.” Ideas don’t really exist in our mind outside of language. We don’t have a thought and then put words to it: the two things happen at the same time. Words are the embodiment of the thing so we end up feeling the words that we use.

Just remember, worry, anxiety, stress: these are all just signs that you care. “If you aren’t nervous,” Steph Curry has said, “then it doesn’t matter enough you.” I’ve spoken all over the world, in front of massive audiences, to iconic brands like American Express, Pepsi, Starbucks, and Under Armour. And yet I still get a little flutter of butterflies right before I take the stage for a speaking gig. There’s no way to avoid or ignore it, so I try to reframe it: I care about my work and I care about this audience. I’m excited for the opportunity. Let’s do this!

Nowadays, that self-talk is just automatic. If you practice changing the language of your feelings, you’ll be amazed how much the feeling changes too.

Sustain Your Game teaches you how to bring your A game to every area of your life. With advice from top CEOs, journalists, social scientists, and more, you’ll learn the framework for how to beat stress, stagnation, and burnout. Sustain Your Game will help you be the best in your arena, wherever that may be.

Sustain Your Game if available now at http://www.SustainYourGameBook.com